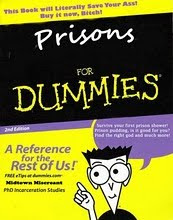 Is anyone surprised by this?

What a way to really screw up your life.  He's looking at a possible 5 years to life, in prison, when the Judge sentences him in July.

Donato, 60, was remanded without bail to the county jail Thursday, the same day his probation was revoked at a court hearing, said Chief Deputy David Soward of the Atascosa County Sheriff's Office.

Donato's sentencing for violating his probation is July 26, according to the district attorney's office.