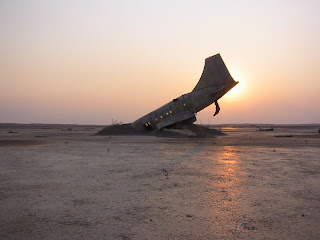 Any landing you walk away from is a good landing.

By Bryan Shettig The Herald-Zeitung
Two men who crashed in a small, single-engine plane Monday evening near Spring Branch were listed as being in stable condition on Tuesday.

Rubey apparently called in to report the problems before attempting to land on a private ranch in the 3000 block of Spring Branch Road, but it wasn’t clear Tuesday who he may have tried to contact. The plane hit rough terrain and traveled about 100 yards before hitting rock embankments, spinning and finally coming to a halt, according to a Texas Department of Public Safety report.

Emergency medical workers took the men, who both suffered minor head and chest injuries according to the report, to University Hospital in San Antonio.

A hospital spokeswoman confirmed both men were stable Tuesday morning.

DPS and the Federal Aviation Administration are investigating the crash.

Monday night saw severe thunderstorms and some hail in Comal County, but it was not clear Tuesday if that played a part in the crash landing.

“The challenges or difficulties of flying in that area are not particularly different than anywhere else in Texas,” said Lynn Lunsford, a spokesman for the FAA. “In the summer, pilots deal with a lot of heat and can see thunderstorms at night.”

It was not known Tuesday if the plane was on a flight plan, Lunsford said.

Calls to Kestrel Airpark were not answered before press time.

The most recent plane crash in Spring Branch last November killed a Kerrville man and his two Pearland children dead.

Engine problems reportedly led to that crash.
Posted by Sam at 6:43 AM