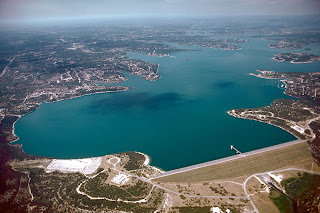 Please be safe and enjoy the upcoming holiday.

The weather should be nice and the tubing great.

Oh and please be sure to enjoy the concert if you can make it!


SATTLER — While organized events won’t be aplenty at Canyon Lake during Memorial Day Weekend, visitors and residents alike will be out on the water and at concerts. Canyon Lake officials are urging tubers and those enjoying the lake to be   careful and follow some guidelines.

Many will take to the water, where the South Central Texas Water Safety Coalition suggests residents and visitors can stay safe by wearing life jackets, avoiding alcohol and using designated drivers.

Chamber officials also encourage people enjoying the water to enroll in boater education courses and pay attention to others on the water, said Mandy Stewart, president of the Canyon Lake Area Chamber of    Commerce.

According to figures from the Texas Parks and Wildlife Department, there were 38 boating-related deaths on Texas public waters last year, down from 62 deaths in 2008.

The majority of those accidents involved capsizing, running aground, crashing into fixed objects or falling overboard, all of which can happen to a boater driving alone, according to the department.

The most common citation handed out by game wardens inspecting boats in 2009 was for insufficient life vests.

Memorial Day Weekend events in the Canyon Lake area don’t generally draw as many residents because of water attractions, Stewart said, but concerts that    weekend could bring in hundreds, if not thousands of spectators.

Three nights of shows during the Rock Float at the WhiteWater Amphitheater on Farm-to-Market 306, which will include the Black Crowes, Cross Canadian Ragweed and the Spazmatics. Last year’s Spazmatics show during Memorial Day Weekend drew about 5,000 people, Stewart said.

Officials from the Water Oriented Recreation District did not return multiple phone calls Tuesday for information regarding water levels and dock openings during Memorial Day Weekend.
Posted by Sam at 7:14 AM