Trying to slay the Hydra 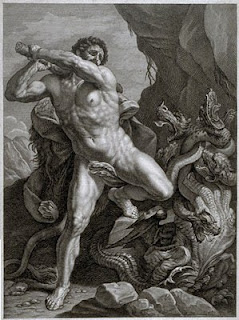 Three down, how many hundreds more to go?

The federal racketeering case against the Texas Mexican Mafia that began six years ago ended Thursday with the three remaining defendants being convicted.

Gang general Jacinto “Cache” Navajar, 54, and lieutenants Mike “Mikio” Garcia, 43, and Jose “Bam Bam” Martinez, 44, each was found guilty of a single count of conspiracy to engage in a criminal racketeering enterprise.