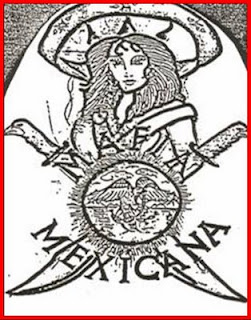 Both sides have good attorneys.  It should make for an interesting trial.

Under heavy security, three men accused of being high-ranking members of the Texas Mexican Mafia prison gang went on trial Monday on charges of racketeering and the unsolved murders of two dozen people in San Antonio.

The federal government's case against the Mexican Mafia features accused general Jacinto “Cache” Navajar, 54, and two men who authorities say had reached the rank of lieutenant in the gang, Jose Martinez and Mike Garcia.

The three are the remaining holdouts from a case that included 34 defendants in early 2008 — the fruits of an FBI-led investigation that began in 2004 and was aimed at crippling the gang's operations outside prison.