Too old for Mojo 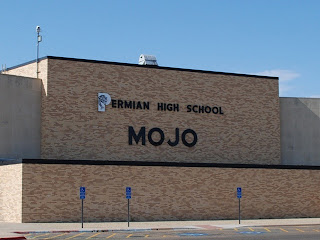 
By SCHUYLER DIXON
The Associated Press

DALLAS -- A 22-year-old man accused of posing as a high school basketball star in West Texas was charged with sexual assault Friday after an underage girl reported having sex with him last summer when she thought he was a teenager, police said.

Guerdwich Montimer was arrested for the third time in four days, this time after a 16-year-old girl in Odessa told police and school district officials she had sex with him at a home in August when she thought he was 15-year-old Jerry Joseph, said Odessa police Cpl. Sherrie Carruth.

Officials said Montimer enrolled at a junior high school and later at Permian High School last year with a fake birth certificate from Haiti. Suspicions were raised recently after coaches at an amateur basketball tournament said they recognized Joseph as Montimer, a 2007 graduate of a Florida high school and a naturalized U.S. citizen from Haiti.