To a more secure future 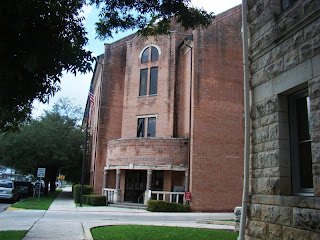 I am glad they are looking at alternative plans and ideas.

Its a great Commissioner's Court and I appreciate the hard work they do.

By Chris Cobb The Herald-Zeitung
After voters rejected the construction of a downtown justice center at the polls, Comal County Commissioners will discuss the need for better courtroom security Thursday during a closed-door executive session.

One of commissioners’ primary reasons for pushing for a new judicial facility was a lack of security in the current courthouse annex on Seguin Ave.

During the campaign, county staff, judges and sheriff’s deputies all said security at the facility was inadequate and potentially unsafe for jurors, judges and the general public.

But after 65 percent of voters opted against building a new justice center on May 8, commissioners are now forced to find ways to secure the existing facility.

“The threat has not gone away just because the justice center was turned down,” said Comal County Judge Danny Scheel, citing a bomb threat at the annex building on May 4. “We want to do whatever is necessary to make our employees and the public more secure.”

None of the entrances into the courthouse annex are secured.

Metal detectors are only used for high-profile cases, and unsecured hallways offer defendants potential access to judges and attorneys.

Scheel said courthouse security personnel and the fire marshal’s office are currently looking for ways to secure the building until the county can settle on a long-term plan to build a new justice center.

Commissioner Jan Kennady said Thursday’s discussions likely would center around the need to seal off as many entrances as the fire marshal deems safe, as well the need for more metal detectors and more deputies in both the annex building and Commissioners’ Court. Commissioners’ Court will serve as the temporary home for County Court at Law No. 2 until the two-year restoration of the Comal County Courthouse is complete.

“Having not been successful in our effort to build a justice center, our first priority is to now make our facilities as safe as possible,” Kennady said.
Posted by Sam at 7:05 AM