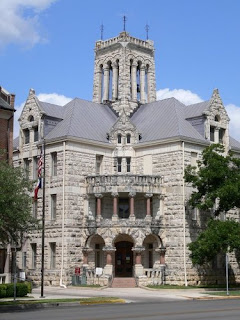 Well color me disappointed but not surprised.

The electorate is not in much of a mood these days for more government spending even when it is warranted.

Given the doings of the past year in Washington again,  I cannot say I am surprised.

After months of debate, voters were left to decide whether to allow county commissioners to issue debt to build a proposed 127,000 square-foot, four-story justice center along Seguin Avenue, between Bridge and Zink streets.

The proposition failed by a wide margin, with 3,463 people voting against the justice center, outweighing the 2,142 voters who wanted to build the new downtown facility.

“Comal County citizens have spoken through their vote,” said County Commissioner Greg Parker. “Now it will be up to us to explore alternative solutions to a complex problem.”

County commissioners and staff had spent months lobbying for the facility’s construction, citing cramped space in existing county offices, as well as the need for added security at the current courthouse annex.

Commissioners had attempted to build the justice center without voter approval in October by issuing certificates of obligation. That effort was halted by a successful citizen-led petition drive that put the debt issuance up for a vote, and voters said no on Saturday.

“Comal County voters overwhelmingly said that they would like to see more options,” said former New Braunfels City Councilor Ken Valentine, who had led an effort to oppose the justice center. “We need to explore building something that will suit our future needs that we can build at an acceptable cost.”

Like the final results, the justice center also failed to receive support in early voting, with 1,926 votes against compared to 1,416 votes in favor.

After years of planning, county officials said they would now have to weigh their options as they look to plan for the future.

“I’m sad, but I appreciate everyone who voted and worked so hard to support it,” said County Commissioner Jan Kennady. “Now we’ll have to plan some more and determine the best way to go from here.”
Posted by Sam at 5:23 AM