The jury found it wasn't an accidental shooting 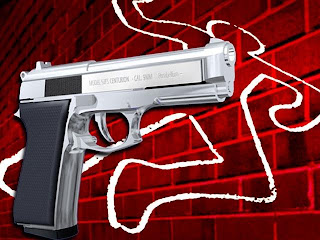 Nobody won and one life had been snuffed out and one was ruined.

From the sounds of it; it seemed like the shooting wasn't an accident and the jury decided that as well.

Good luck on the inside when you're sentenced Champ.

After little more than an hour of deliberation Thursday, a Bexar County jury convicted James Roy Montez of murdering his longtime friend in the early morning hours of June 8, 2007.

Montez broke down as he was surrounded by weeping family members.

Relatives of his victim, Thomas Mauricio Farley, 20, a gregarious man known as “Tommy,” were also in tears as they held each other.