The end of this case for now 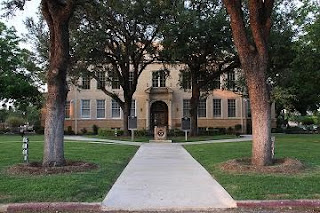 Not very remorseful and that is a little surprising.

It seemed like some fairly clear-cut violations to me.

KERRVILLE — Former District Attorney Ron Sutton on Friday said state officials eager to tighten statutory controls over forfeited funds orchestrated his prosecution to cast him as evidence of a problem.

A defiant Sutton made the claim minutes after being sentenced to two years deferred adjudication on two counts of misapplication of fiduciary property worth $20,000 to $100,000, and being ordered to pay $20,000 restitution.

Not so, said special prosecutor Bill Turner and Jerry Strickland of the attorney general's staff, which investigated Sutton, who was the lead prosecutor in the five-county Hill Country judicial district for 33 years until his retirement in late 2008.