Sir? The ink is smeared and running on your driver's license. 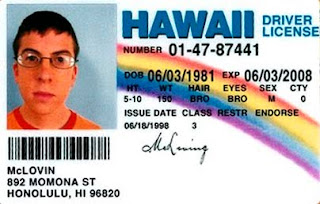 I believe that cracking down on the folks who provide the fake ids to illegals or just others who need fake ids will go a long way towards clamping down on the problems of illegal immigrants.

Not to mention young folks trying to buy booze.

Agents with U.S. Immigration and Customs Enforcement have taken down a ring accused of providing fake identities for hundreds of people in San Antonio and Austin.


After six months of investigation, ICE agents charged nine people in the case, and seven have been arrested. The other two, one of whom is one of the ringleaders, remain at large.

At a hearing in federal court Monday in San Antonio for one of the suspects, ICE agent Timothy McElligott testified about a series of raids in San Antonio and Austin that turned up document-making equipment, blank identity cards stock and Social Security cards.