The poster boy for immigration reform 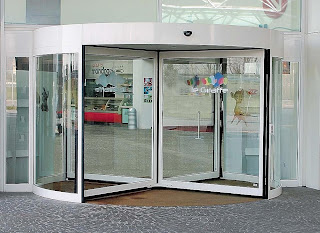 Welcome to the revolving door.

No one wants him.


EDMONDS, Wash. – The KING 5 Investigators have learned that an illegal immigrant accused of raping a woman in Edmonds Sunday has been deported nine times. That's much more than previously reported.

Immigrations and Customs Enforcement won't comment on the case of Jose Lopez Madrigal. But KING 5 got the information through confidential sources and documents.

Larry Klein was the man who heard the alleged victim's cries for help. Police say the suspect pulled the woman off the street to a dumpster and raped her.

Klein called police, who quickly arrested the suspect. But learning his identity took much longer because of some 30 aliases. It was only through fingerprints that they identified him as Madrigal, a Mexican citizen.

Madrigal's arrest and immigration record includes a staggering number of contacts with law enforcement since 1989. That's the year he was convicted of theft using a firearm in California.

He was deported a couple of times after that. Then in 1999, he was arrested for drug sales in both San Diego and San Francisco. Records show that he was deported three times that year between April and August.

He was arrested for drugs again in Stockton, Calif. in 2000. In 2002, he pleaded to third degree sexual assault in Denver. Later that year, he was deported again. And in 2003, records show he was deported three more times.

People who live near the scene of Sunday's alleged rape wonder how it could keep happening.

"Makes you wonder, what are we doing wrong? How is he getting back in here?" said Kirby Aumick.

"It’s troubling. I mean, if this man should not have been in this country, he should have been behind bars then, really, this is a senseless tragedy," said Klein.

According to our sources, Madrigal's last contact before Sunday was around 2003. So, it's not clear how much of that time Madrigal was in this country.

Immigration and Customs Enforcement has refused to comment on the case which started making national headlines when it was learned that Madrigal had been deported several times prior to the Edmonds case.

In reviewing records and talking with confidential sources, the KING 5 Investigators learned just how extensive Madrigal’s immigration and arrest record is.

They found he was first deported in California in 1989 and since then he’s returned from his Mexican homeland and been arrested for drug crimes, a sex assault in Colorado and other offenses.

One criminal justice source says Madrigal is a "poster boy" for the federal governments ineffectiveness at keeping the most serious "criminal aliens" – illegals who commit crimes – out of the  United States.
Posted by Sam at 11:30 AM