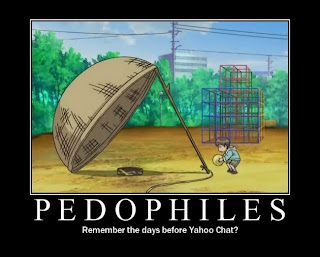 Gee with all the outrage about the Arizona bill which enforces the Federal law you'd think the same folks would be upset because this law denies both legal or nonlegal immigrants, or even American citizens from residing in Boerne.

Oh the injustice and the unconstitutionality!!

You may resume your day now.

BOERNE — A newly adopted city ordinance, aimed at registered sex offenders whose victims were 17 and under, restricts their movements and puts roughly 75 percent of the city off-limits to them for residency.

“Child Area” signs soon will be erected at local schools, day cares, parks and other public and private sites. Sex offenders regulated by the code may be present in those zones only if accompanied by their own children.