More calls for killing US civilians 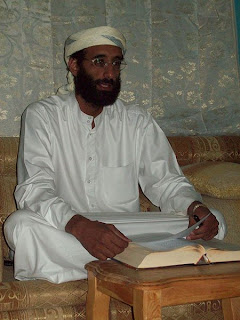 My bad.  Okay maybe that is a little harsh.

I'm not in a charitable mood this morning.

CAIRO -- An American-Yemeni cleric whose Internet sermons are believed to have helped inspire attacks on the U.S. has advocated the killing of American civilians in an al-Qaida video released Sunday.

Anwar al-Awlaki has been singled out by U.S. officials as a key terrorist threat and has been added to the CIA's list of targets for assassination despite his American citizenship. He is of particular concern because he is one of the few English-speaking radical clerics able to explain to young Muslims in America and other Western countries the philosophy of violent jihad.

The U.S.-born al-Awlaki moved to Yemen in 2004 and is in hiding there after being linked to the suspects in the November shooting at an Army base in Fort Hood, Texas, and the December attempt to blow up a U.S. jetliner bound for Detroit.