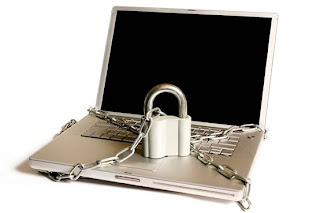 Chicago police were investigating a burglary at the offices of attorneys for former Gov. Rod Blagojevich in which at least one computer containing undercover recordings from the sweeping corruption case was stolen, sources said.

The break-in took place about 4 a.m. at the law offices of Sam Adam and his son, Sam Adam Jr., in the 6100 block of South Ellis Avenue, police and Sam Adam Jr. said.

Contrary to early statements by a police News Affairs officer who referred calls regarding the burglary to the FBI, the FBI is not involved in the investigation, FBI Chicago office spokesman Ross Rice said in a statement.

The burglars set off an alarm but escaped the area. Investigative sources said there are no suspects.

Chicago police said eight computers and a safe were taken from the office, but they could not say what information the computers contained.

"It could be a happenstance burglary. All leads will be followed," said Chicago Police Deputy Supt. Steve Peterson.

The U.S. attorney's office in Chicago declined to comment on the incident or the theft of evidence in the case.

It is unclear if the burglary could delay Blagojevich's trial scheduled for June.

The younger Adam confirmed the burglary this afternoon but said everything that was taken is backed up on other computers in his offices.

"We did have some computers stolen, and we will not speculate on any motivation that might be behind it," Adam said. "We're trying to determine now what they did and did not take."

Adam said his team is hopeful that the burglary won't delay the case.

"We are already back to work," Adam said. "We're not going to let this slow us down and slow down the truth (from) coming out - that the governor did nothing wrong."

Adam said his office is not equipped with video surveillance. Investigators have said they had not yet determined whether the burglars knew what the computers contained or simply took them to make a quick buck.