Too much of the ol' morphine syrup 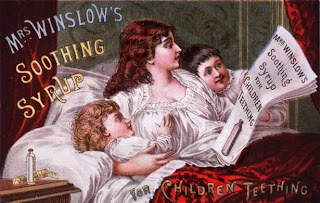 Okay. But why wasn't the boy being monitored by the doctor?

Also 'doctor feels bad'? wow!? That sure shows some empathy for the family.

An anesthesiologist who administered pain medication to a 22-month-old boy during a dental procedure gave the toddler morphine, but the dosage given should have been safe, his lawyer said Tuesday.

Maddoux Cordova was taken off life support at 7 p.m. Sunday at Wilford Hall Medical Center, where he spent more than two weeks after he stopped breathing after treatment for tooth decay at Village Specialty Surgical Center.

While the Bexar County medical examiner's office has not yet determined exactly what killed Maddoux, the child died from complications of a dental procedure, officials said. The office has ordered a toxicology report to further investigate Maddoux's death.