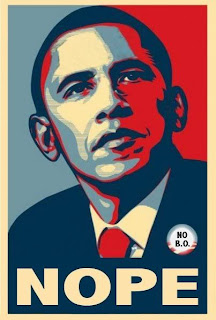 Are we not going to say anything to give hope to the protesters?

Nah. The President is on vacation and voting present.

Thousands of opposition supporters chanting "Death to the dictator," a reference to hard-line President Mahmoud Ahmadinejad, defied official warnings of a harsh crackdown on any protests coinciding with a religious observance on Sunday. Iranians were marking Ashoura, commemorating the seventh-century death in battle of one of Shiite Islam's most beloved saints.

Security forces tried but failed to disperse protesters on a central Tehran street with tear gas, charges by baton-wielding officers and warning shots fired into the air. They then opened fire directly at protesters, killing at least three people, said witnesses and the pro-reform Web site Rah-e-Sabz.