I certainly hope so 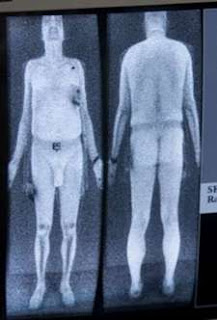 I have my doubts you are up for the task to fix this but please try.


U.S. will 'find and fix' system's vulnerabilities
By Janet Napolitano

Friday's attempted terrorist attack against Northwest Flight 253 near Detroit is a powerful illustration that terrorists will go to great lengths to try to defeat the security measures that have been put in place since .

While we took swift action immediately following last week's incident at airports around the country and throughout the world, our defenses should never have allowed this individual to board a plane bound for the United States. The administration is determined to find and fix the vulnerabilities in our systems that allowed this breach to happen.

President Obama has ordered, and the and our partners throughout the federal government have begun, immediate reviews of our watch list and screening procedures that have been in place for a number of years to determine why this individual was cleared to board the flight in , and why overseas screening did not discover the explosives hidden on his body.

We have also instituted enhanced security procedures for both domestic and international flights, including enhanced inspections at security checkpoints and increased pat-downs, bag searches, explosive detection canine teams, air marshals, behavioral detection officers and other measures, both seen and unseen.

We are grateful for the traveling public's patience with these new measures, and most important, for your continued vigilance. The public remains one of our most valuable layers of defense against acts of terrorism. Last week's attempted attack failed due in no small part to passengers and crewmembers who acted quickly and courageously to subdue the attacker and gain control of the situation.

While the investigation continues into the affiliations of the attacker, and as we address the circumstances behind this specific incident, we must also recognize the evolving threats posed by violent extremists, and take action to ensure our defenses continue to evolve to defeat them. At the Department of Homeland Security, we have increasingly focused on understanding the behaviors associated with violent extremism, from known terrorist groups, such as al-Qaeda, to home-based individuals acting alone.

We know that terrorists motivated by violent extremist beliefs desire to carry out acts of catastrophic violence. Preventing, detecting and mitigating these threats require multiple layers of defense, all working in concert with one another.

President Obama has made it clear that we will be unrelenting in our efforts around the world, using every element of our national power to disrupt, dismantle and defeat al-Qaeda and other violent extremists wherever they plot against our country.

Here at home, we will continue to inform and train federal, state, local, and tribal law enforcement and security personnel about the tactics and techniques used by terrorists.

We will continue to invest in proven technologies to detect explosives and other dangerous materials, and deploy them as rapidly and efficiently as we can to transportation hubs across the country.

We will continue to strengthen international agreements to better coordinate and share information to eliminate the gaps that terrorists seek to exploit.

And over the long term, we will continue to work to counter violent extremism and radicalization in the United States and overseas through the full engagement of our people, our communities, our businesses and government agencies at all levels.

This reality makes it all the more critical that we are working together at all levels — federal, state and local governments, our international partners, and the American public — to counter threats. We must ensure we are using every tool at our disposal, and collaborating to the fullest extent possible, to prevent, detect and deter terrorism. This is a shared responsibility in which we all have a role to play — from the traveling public alerting authorities when they see something suspicious to federal agencies working together to piece together clues to foil potential plots.

Make no mistake: The Department of Homeland Security and agencies across the federal government are working quickly to address what went wrong on Christmas Day. If we work together, if we remain vigilant and if we refuse to live in fear, we can and will protect our country.

is secretary of the Department of Homeland Security.