Be Smart, Lock it up! 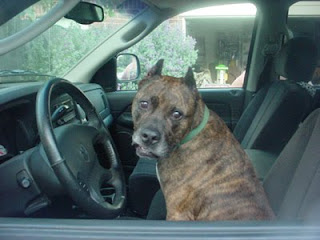 But I also do think its higher in the Summer because of the tourist industry and folks leaving valuables out in their cars while tubing.

The crime statistics for most of 2009 are in and one thing’s remains clear for New Braunfels: don’t leave your doors unlocked.

Crime hasn’t risen dramatically in the city in the past two years, but theft is higher than the state and national averages.

According to a crime analytics Web site neighborhoodscout.com, New Braunfels residents have a one in 15 chance of being a victim of property theft, while the state average is one in 21.

The average rate of local burglaries and thefts is also higher than the national average, according to the site.

The amount of reported thefts, burglaries and aggravated assaults this year is only slightly less than in 2008.

It’s not easy to pinpoint one neighborhood or part of New Braunfels as being more crime-laden than another, officials noted.

Police are attributing some of the crime to New Braunfels’ proximity to San Antonio, noting no marked increase in local gang activity.

Penshorn and Comal County Chief Felony Prosecutor Sammy McCrary said most gangs have been relatively “quiet” and have not elevated any areas of crime in recent years.

To remind residents to look after their valuables, the Police Department started a program earlier this year of posting “report cards” on peoples’ parked cars in shopping centers or apartment complexes, rating them on how well they have secured their belongings, Penshorn said.

Residents are rated and left a card noting whether or not they leave valuables, such as purses, wallets, phones or money, in plain sight inside their vehicles or if they left their doors unlocked.

Police refer to the latter vulnerable automobiles as “hard targets.”

In addition, police have also started a program this year where residents can file their own police reports online, which Penshorn said have saved the department “several hundred thousand dollars.”

So far, residents have filed about 900 online reports, mostly from people who had a lower priority in terms of time it would take police to get to them. Priority categories range from one to four, with a Priority One call taking officers a few minutes or less to arrive on the scene and a Priority Four lasting about two hours before police arrive.

Statistically, the highest volume of calls is during the summer, and the lowest is during January. Calls start to increase each month after winter heading into the summer and them decrease again after July, which is often the peak month.
Posted by Sam at 8:54 AM