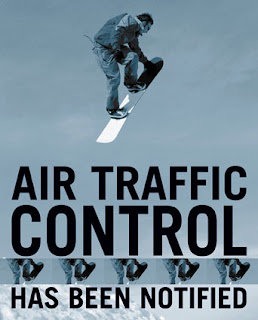 Wow, talk about the possibility of stepping into an employment lawsuit under the whistleblower laws.

Good luck with that Robinson (RVA)

Shakeup at the NB airport
By Chris Cobb - The Herald-Zeitung

Clinton Kidwell said he was relieved of his duties as airport manager Wednesday by Robinson (RVA), which contracts with the city to oversee all takeoffs and landings on the local runways.

His release follows reports this week that the airport control tower was undermanned, and Kidwell claims he was essentially let go for suggesting that the low level of staffing represented a possible safety concern.

“I shed a light on it, and they fired me,” said Kidwell, who has been an air traffic controller for 30 years. “It was a concern before, and I think they just made the situation more dangerous.”

RVA officials did not return repeated calls Wednesday to comment.

The National Air Traffic Controllers Association (NATCA) issued a statement Wednesday pointing out that the recent addition of Wright Flyers Flight School has quadrupled the amount of takeoffs and landings at the airport, with the total number of operations on its runways in November approaching 10,000.

“And, as of today, no action has been taken to meet the increase,” the NATCA said in a press release.

RVA’s contract with the city to run the tower requires that it have three controllers and a tower manager staffing the airport.

However, it also states, “actual staffing may temporarily be less than normal due to attrition.”

City Manager Mike Morrison said he expected Robinson to continue to honor its contract and provide safe operations and staffing levels at the airport.

“We have a contract with RVA and they have an obligation to run the tower according to Federal Aviation Administration standards,” he said.

There are no federal standards that regulate the appropriate amount of staff needed at towers like New Braunfels, which is not operated by the FAA.

The NATCA suggested, “the City of New Braunfels and Robinson Aviation need to either increase staffing to a more operationally sound number or reduce the number of operations at the airport.”

RVA officials said Tuesday that it would consider adding more controllers when “substantiated increased traffic requires an increase in staffing,” although no amount of traffic was specified as a possible threshold.

Another alternative would be for the federal government to take over operation of the tower by making New Braunfels part of its Federal Contract Tower Program.

The city has been working to make that a reality since February 2008, when it took over financial responsibility for the tower following the bankruptcy of Silver State Helicopters.

Under an FAA takeover, the federal government would contract directly with RVA to operate the tower.

That would mean the city would no longer need to pay the salaries of the air traffic controllers, which adds up to more than $300,000 annually.

To join the FAA contract tower program, the airport must meet certain criteria, which includes having sustained, relatively high levels of traffic.

Kidwell said Wednesday that the airport might already have more than the current staff can handle, especially with one less person in the tower than it had on Tuesday.

“We had a potential problem, and (RVA’s) answer was to make it even more unsafe,” Kidwell said.