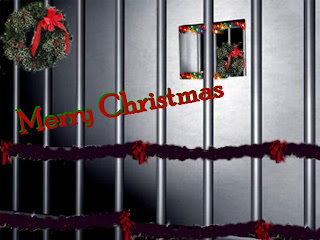 All I want for Christmas is two years in jail.

Doesn't have quite the same ring as my two front teeth but still kinda catchy.

Glad the authorities could oblige. Peace out.

A Czech man who threatened to carry on breaking the law so he could spend Xmas in jail thanked the judge who finally obliged him.

Radim Kopecky, 22, told the court in Korneuburg, Austria, that life in jail - especially at Christmas - was much better than living as a free man in his home land.

He was looking forward to having a roof over his head, the company of other convicts and regular meals.

He said: "I came to Austria to get myself jailed. My life will be better now."

He repeatedly stole and then turned himself in to Austrian cops each time - begging them to see he was sent to jail.

Finally, he was sentenced to 16 months and two days in prison for stealing sweets worth £2.

He told the court after he was sentenced: "I would like to say thank you very, very much dear judge for jailing me."