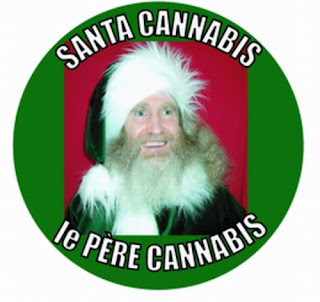 What was Santa thinking??

Wait is that Woody Harrelson dressed up as Santa?

JOPLIN, Mo. (AP) - Some people won't be getting the Christmas presents they were expecting.

Missouri troopers seized about 20 pounds of marijuana from a car this week - some of it in luggage, and some in boxes wrapped as Christmas gifts.

The Highway Patrol says troopers found the marijuana in the car they stopped for speeding on Interstate 44 near Joplin.

Two California women in the car gave troopers permission to search the vehicle. Both were charged Tuesday with one marijuana-related count and released on $1,000 bond.