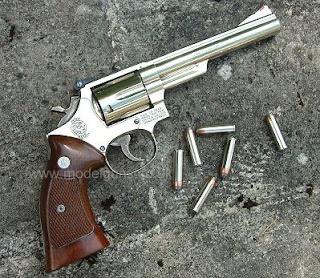 I would think the case will go to the jury today on guilt/innocence.

After testimony from a trauma surgeon, a ballistics expert and the officer who talked with the dying victim, the state rested Wednesday in its negligent homicide case against Deborah Goodine Yarbrough.

Yarbrough, 51, faces from two to 10 years if convicted for her part in the Jan. 13, 2008 shooting death of Fredrick Richard Dwulet, 53, in the trailer the two shared in the Comal Farms subdivision north of New Braunfels.

Sgt. Chris Snyder, a New Braunfels police patrol supervisor at the time of the shooting, was first on scene and testified in court on Wednesday.

Snyder knocked on the door to find a shocked and stunned Yarbrough with a “1,000-mile stare” after the early-morning shooting incident. Her look of shock is typical of someone going through such a traumatic situation, Snyder said.

Snyder asked Yarbrough to step out of the home, he said.

Prosecutors showed jurors a photo of the victim where Snyder found him, lying on a white couch covered in blood and clutching a towel to his wounded left arm.

Snyder comforted Dwulet, at one point holding his hand. The officer said he knew from experience that Dwulet’s gray pallor from loss of blood meant that the situation was grave.

Dwulet told Snyder that Yarbrough had shot him in the side in the couple’s kitchen after the couple argued and Snyder threatened to throw her out.

“He told me that they had been arguing for 30 minutes,” Snyder said.

When asked if he was on any medication, Dwulet told Snyder he’d taken a Viagra. Yarbrough told another officer that the two planned a romantic evening before the tragic incident.

Dwulet’s breathing was labored, Snyder said, and his eyes later rolled back.

Dwulet was pronounced dead after being airlifted to University Hospital in San Antonio, according to the attending surgeon who testified in court on Wednesday. Doctors revived Dwulet briefly in the operating room, but he died after cardiac arrest caused by loss of blood.

A ballistics expert also testified Wednesday that the bullet found in Dwulet’s body matched the .357 Magnum found at the scene.

The trial will resume with defense testimony today at 9 a.m. in the Comal County Courthouse Annex.
Posted by Sam at 6:09 AM