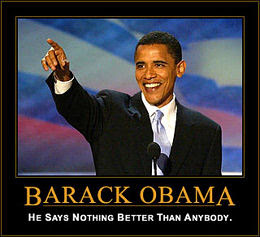 Uh oh now the Cubans are mad at Obama too!

Hey, he lies here too. Welcome to the club.

Bruno Rodriguez spent an hour and a half lambasting Obama's behavior in Copenhagen, telling a news conference, "at this summit, there was only imperial, arrogant Obama, who does not listen, who imposes his positions and even threatens developing countries."

He called the summit "a fallacy, a farce" and said Washington used back-room deals and strong-arm tactics to foist on the world a deal that he labeled "undemocratic" and "suicidal" because it urges - but does not require - major polluters to make deeper emissions cuts.