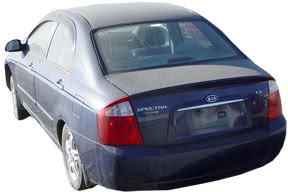 Not only did he do this to steal, of all things, a KIA sedan, he abandoned the car a 1/4 of a mile away.

That explains why he abandoned the car a 1/4 mile away.

At least three people were shot Sunday afternoon during a car theft in Northeast Bexar County, leaving sheriff's deputies looking for a suspect into the night.

The incident took place about 4 p.m. at an apartment complex at Montgomery Drive and New World Drive when an unknown male suspect stole a light blue Kia sedan as the owner tried to prevent the theft, according to Sheriff's Sgt. Thomas Dorsa.

Dorsa said the assailant fired at people and ran over the car's owner, though she was OK and did not need to be transported to the hospital.