Put the brakes on 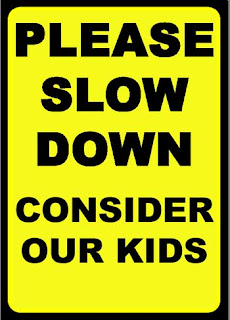 I cannot fault the Republicans for trying to slow this monstrosity down.

How irresponsible is it to vote for cloture on a bill no one, except for Harry Reid and a few others, has read let alone knows what it contains?

I mean really. You expect to basically affect 1/6th of the U.S. economy and you don't know what you are voting for? The Senate is supposed to be the deliberative body to the House's more impetuous actions. Its called checks and balances. Look it up sometime.

No wonder Congress's ratings are at an all-time low.

WASHINGTON — Republicans threatened to delay Senate business with a health care read-a-thon this weekend as Democrats searched for 60 votes to advance President Barack Obama’s signature issue. A forecast of heavy snow added to the list of complications.

At a news conference Friday in the Capitol, Republican Leader Mitch McConnell of Kentucky and Sen. John McCain, R-Ariz., accused Democrats of trying to ram the health care bill through with dozens of changes as yet unseen, and promised to do all they could to prevent it.

“I think we’ve made it rather clear we’re not going to expedite consideration of the health care bill,” McConnell said.

Added McCain: “I don’t think it would be outrageous to ask for a bill that we haven’t seen to be read.”

Democrats, after a week of bitter intraparty disagreements over the compromises Senate leaders made to keep the bill moving, were still trying to come up with the 60 votes needed to overcome unanimous Republican opposition. Leaders kept negotiating with the only known Democratic holdout, Sen. Ben Nelson of Nebraska, on tough abortion restrictions that he would accept.

After a meeting with Reid that lasted more than an hour Friday, Nelson indicated he still was not aboard but would keep talking. “Hopefully, we’re making progress,” Nelson said. He added that there was a lot of room between his views and Reid’s and they were “trying to close the gap.”

Meanwhile, as the weather forecast called for up 20 inches of snow in a city easily paralyzed by much less, senators were put on notice they could be needed to vote on procedural questions early Saturday morning.

Majority Leader Harry Reid, D-Nev., is expected to release a package of changes to the bill that could run to hundreds of pages. Since those changes were negotiated behind closed doors, McCain said it’s reasonable to demand that the package be read aloud on the Senate floor. However, such changes in major legislation are commonplace and senators usually waive reading them on the floor.

Democrats were preparing for the read-a-thon. “We have to be in position so we can spend most of (Saturday) reading the bill, because the Republicans insist on it,” said Reid spokesman Jim Manley. It would be the third straight weekend the Senate has been in session, mostly on account of the health care bill.

All eyes remained on the most conservative Democrat in the Senate, Nelson, whose primary objection is that abortion funding restrictions in the bill are too lax.

A group of liberal-leaning religious leaders from Nelson’s home state Friday released a letter urging him to accept a compromise Reid has been working on — and promising to defend him from political repercussions. The compromise seeks to strengthen a “firewall” in the bill to keep government funds separate from any money used to pay for abortion. It would also offer incentives to encourage adoption.

“Given the complicated set of concerns surrounding abortion funding and coverage in health care reform, the compromise ... is the best way forward,” said the letter, signed by two dozen religious leaders of several Christian denominations. “This (legislation) will extend health care to all and strengthen our ability to gather religious support for those members who take tough votes in favor of reform, even in the face of opposition from both sides of the debate.

Any hopes the bill’s supporters had of a Republican casting a critical 60th vote vanished when Sen. Olympia Snowe of Maine said after a meeting with Obama that the Democrats’ timetable for a pre-Christmas vote was “totally unrealistic.”

Liberals are furious over the compromises Reid made.

Gone is a government insurance plan modeled on Medicare. So is the fallback, the option of allowing aging baby boomers to buy into Medicare. The major benefits of the bill won’t start for three or four years, and then they’ll be delivered through private insurance companies. Former Democratic chairman Howard Dean urged its defeat.

Overall, the legislation is designed to extend coverage to millions who lack it, ban insurance company practices such as denying coverage because of pre-existing conditions and try to slow rising health care costs.

The bill would require most Americans to purchase insurance, and it includes hundreds of billions of dollars in subsidies to help lower- and middle-class families afford it. An additional 30 million people would be covered.

Politically powerful labor unions have panned the Senate bill but stopped short of calling for its demise, saying they hoped lawmakers ultimately would improve it.

The AFL-CIO, the nation’s largest labor federation, and the Service Employees International Union both expressed deep disappointment. The Senate bill includes a tax on high-cost insurance plans that unions fear will hurt their members.

Both union chiefs said they hoped the bill that finally emerges from Congress would reflect the House-passed measure, which incorporated a government insurance option and omitted the insurance tax.
Posted by Sam at 8:15 AM