Look out for each other 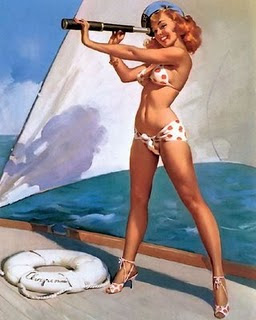 I wrote a little on this yesterday but it bears repeating.

Be careful and vigilant and be safe.

A man being identified as the “Twilight Rapist” by authorities added to his list of elderly, female victims a woman in nearby Caldwell County in November.

Authorities are investigating 12 cases, eight of them sexual assaults across Central and South Texas, starting in January. The latest case was an attempted sexual assault of a 79-year-old retirement home resident in Luling, about a 40-minute drive from New Braunfels.

The women’s ages have spanned 65- to 91-years-old, according to a memo sent to authorities.

There have been no reports of cases so far this year in Comal County that match the suspect’s assaults, said Detective Wayne Lehman with the Comal County Sheriff’s Office.

Because of varying descriptions, authorities did not release a description or link between the cases until this week.

In addition to Caldwell County, there are also reports of elderly women being sexually assaulted 150 miles apart from Yoakum, in Lavaca County, to as far away as Bell, Leon and Falls counties, according to the Associated Press.

According to authorities, the suspect is young, thin, dark-skinned and is between 5 feet 6 inches and 6 feet tall. Authorities believe the man is familiar with the region and most of his assaults have occurred at night and the early morning.

“If something doesn’t look right or feel right, people need to contact law enforcement immediately,” Detective Lehman said. According to investigators, several of the assaults also involved burglary of the victim’s residence.

NBPD Spokesman Mike Penshorn said residents, especially elderly women, should immediately report break-ins and not investigate any kind of burglaries on their own.

When contacted about the assaults, several New Braunfels retirement homes had not heard of the incidents.

Authorities are urging anyone with any information about the suspect or any victims to contact Crime Stoppers by calling (830) 620-8422. Callers may remain anonymous and the Crime Stoppers program offers a reward for information.

“Be vigilant, look out for one another,” Lehman said.
Posted by Sam at 6:31 AM