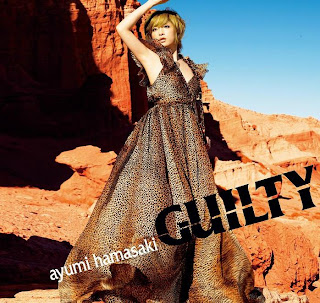 “The gun had to be fired. The trigger had to be pulled back. And she admits she did it,” Harkins said. “She knows she brought the gun into a fight.”

After two days of testimony, a jury of seven men and five women Thursday found Deborah Goodine Yarbrough guilty of negligent homicide in the Jan. 13, 2008 fatal shooting of Fredrick Richard Dwulet, 53, in the Comal Farms trailer the couple shared.

She faces from two to 10 years in prison.

A sentencing hearing before the same jury continues today.

In her closing argument, Yarbrough’s attorney, Allison Lanty, said New Braunfels police officers conducted a shoddy investigation based on the assumption that Yarbrough shot Dwulet during an argument.

“Look at the whole context and you can tell that this was an accident,” Lanty told jurors.

Yarbrough stood by her man, dialed 9-1-1 and pleaded for his safety all along, Lanty said.

Officers arriving at the scene asked a weak and dying Dwulet leading questions, when Dwulet himself admitted that he’d taken a Viagra for what was meant to be a romantic evening, Lanty said.

“That’s not an argument,” Lanty said. “That doesn’t make sense.”

After calling two firearms experts to the stand during earlier defense testimony, Lanty pointed to Yarbrough’s inexperience with guns and how her client didn’t know the difference between a revolver and an automatic pistol.

In repeated recorded statements, Yarbrough refers to “15 bullets in the clip” and how she forgot about the one in the chamber.

The .357 Magnum revolver that killed Dwulet holds just six bullets and has no clip.

“Safety rules have to be taught,” Lanty said, and Yarbrough had no experience.

“They never investigated the possibility of an accident,” Lanty said, despite Yarbrough’s insistence that the gun went off accidentally.

New Braunfels officers failed to learn the trajectory of the bullet or the precise location of the shooting, and did not call in experts from the Texas Department of Public Safety, Lanty said.

“They can’t even tell you how it happened,” Lanty said, calling it an “adversarial investigation” based on assumptions.

In his closing, Assistant District Attorney Steven Harkins told jurors that Dwulet never told police “it was an accident” or that Yarbrough didn’t do it.

Instead, Dwulet’s dying words were: “She shot me in the kitchen.”

“The gun had to be fired. The trigger had to be pulled back. And she admits she did it,” Harkins said. “She knows she brought the gun into a fight.”

Yarbrough’s claim that it was an accident is not a defense, Harkins said.

Jurors needed only find that Yarbrough had acted in a way that she shouldn’t have, such as pointing the gun that caused the tragedy, to find her guilty of negligent homicide, he said.

During one hour and 30 minutes of deliberation, jurors asked to inspect the gun and to hear the 9-1-1 recording again before bringing in their guilty verdict at 3:40 p.m.

In testimony in the first phase of the sentencing hearing Thursday, two members of the Dwulet family took the stand.

Dwulet’s older brother broke into tears remembering Dwulet, the youngest of six, as a prankster and baseball mascot, and Dwulet’s sister wept telling how Dwulet was a loving father of three.

Yarbrough’s sentencing hearing continues today at 9:30 a.m. in the Comal County Courthouse Annex.
Posted by Sam at 6:38 AM