Sentenced to three years in prison 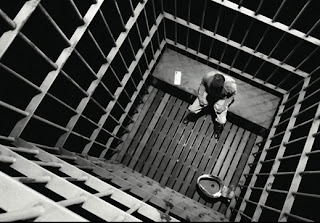 A tough sentencing decision for the jury.

Deborah Goodine Yarbrough bowed her head and closed her eyes briefly before District Court Judge Dib Waldrip read the jury’s sentence for her on Friday: three years in prison.

“I feel horrible. I can’t even talk about it,” Yarbrough told members of the Dwulet family during sentencing testimony earlier on Friday. “I wish it would’ve been me, not him. I’m so sorry.”

Yarbrough’s defense counsel called friends and members of Yarbrough’s family to the stand Friday, each testifying about Yarbrough’s kindness and professional life caring for children and the elderly.

Yarbrough lost her job at a senior care facility in San Antonio because of publicity surrounding the shooting, she said. Since then, she had been helping an area family as a caregiver.

In closing arguments, Yarbrough’s attorney, Allison Lanty of New Braunfels, pointed to jail logs and the fact that Yarbrough was put on suicide watch off and on during her 93 days in the Comal County Jail following the shooting.

“She took responsibility for what happened,” Lanty said. “She never said she wasn’t responsible.”

Yarbrough simply wanted a jury to decide her guilt or innocence and punishment, Lanty said, one of her constitutional rights.

Jurors had the choice of sentencing Yarbrough to probation or from two to 10 years in jail.

“Give her a chance,” Lanty said, asking jurors to sentence Yarbrough to probation.

“This is a life sentence for them,” Harkins told jurors. “They will never get to see their father again.”

Even if sentenced to 10 years, the maximum for negligent homicide, Yarbrough would be out in time to see her three children and five grandchildren, Harkins said.

“What are you taking away compared to what was taken?” Harkins asked jurors. “I trust you to do the right thing.”

After deliberating for nearly three hours, jurors came back with a sentence of three years and no fines.

Yarbrough will be eligible for parole as soon as 2011.

She was taken into custody following sentencing.
Posted by Sam at 9:25 AM