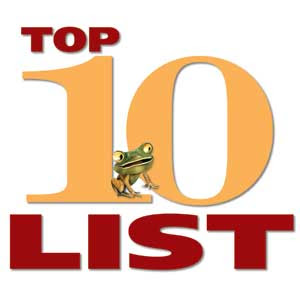 Embedding was blocked on the You Tube connection but if you click on it there is a link to You Tube to watch the video.

Do watch it its hilarious!

Two stories caught our eye today, both involving criminals who are clearly one sandwich short of a picnic.

First, this tale of gun-toting robbers who held up a McDonald’s in Stockholm only to get away with just four Big Macs.

Then there was the Welsh burglar who wasn’t flattered by the mug shot police circulated of him following a break-in that he sent an ‘improved’ pic to them and they duly tracked him down.

These two incidents bring to mind a raft of other ‘stupid criminal’ stories, here are some of the best.

1. Earlier this month Andrew Burwitz from Appleton, Wisconsin was charged with reckless endangerment and endangering safety by reckless use of a firearm after attempting a drive-by shooting at the home of his ex-girlfriend's family. Only he forgot to wind down the window of his car first. The idiot.

2. In October this year, these two bumbling burglars (above) were arrested after drawing 'masks' on their faces with magic marker pens as a cunning disguise.

3. Another pair of not-quite-with-it thieves made off with computer equipment following a robbery in Rhode Island, America, only one of the teenage miscreants left his homework at the scene of the crime. It’s safe to say he got more than detention when the police caught up with him.

4. As well as your homework, another thing you don’t want to leave behind at the scene of a crime in a body part. Clearly no-one told this to the Alabama burglar who left part of his nose in a victim’s house after it was bitten off during a struggle with the homeowner. Police found the nose at the scene and soon sniffed out the culprit.

5. Not all stupid criminals are American. Honest. A Cambridge man was arrested in September after falling asleep on the job. The burglar stuffed items into a pillow case before deciding to neck a bottle of wine and have a nap on the sofa. He was found some time later by the homeowner who promptly called the cops. “After trying to rouse him we charged him with attempted burglary,” said the police.

6. Another Brit who made a schoolboy error while trying to get his hands on some spoils was Scarborough man, who tried to hold up a shop while wearing a motorcycle helmet as a disguise. The only problem was that across the front of his helmet his name was printed in large letters.

7. Cutlery isn’t the obvious choice of weapon when you’re planning a hold-up, as a Polish robber discovered last week. Bank staff in Poland burst out laughing when a would-be robber threatened them with a spoon, causing him to leave empty-handed.

8. A break-in suspect was arrested after falling through the ceiling of a London sandwich shop. The robber, who must have been really hungry, was found by police after the alarm went off and was charged with two counts of breaking and entering as he fell through the roof of a neighbouring shop too.

9. Talking of falling through roofs, this character manages to do it twice too, in rather spectacular fashion.

10. Back in 1989 a pair of teenage criminals from California were caught red-handed while trying to break into a parked car. While being pursued by police they decided to climb over a fence to escape, only the fence they scaled was that of the San Quentin prison. “Nothing like this has ever happened here before,” said Lieutenant Cal White. “People just don’t break in to prison every day.”
Posted by Sam at 6:48 AM