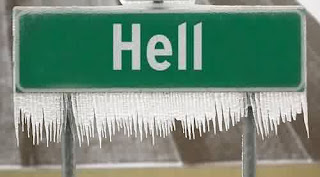 Howard Dean and I are in agreement over something. (well at least to kill the bill!)

Thank you and Merry Christmas Howard!

In a blow to the bill grinding through the Senate, Howard Dean bluntly called for the bill to be killed in a pre-recorded interview set to air later this afternoon, denouncing it as “the collapse of health care reform in the United States Senate,” the reporter who conducted the interview tells me.

Dean said the removal of the Medicare buy-in made the bill not worth supporting, and urged Dem leaders to start over with the process of reconciliation in the interview, which is set to air at 5:50 PM today on Vermont Public Radio, political reporter Bob Kinzel confirms to me.

The gauntlet from Dean — whose voice on health care is well respsected among liberals — will energize those on the left who are mobilizing against the bill, and make it tougher for liberals to embrace the emerging proposal. In an excerpt Kinzel gave me, Dean says:

“This is essentially the collapse of health care reform in the United States Senate. Honestly the best thing to do right now is kill the Senate bill, go back to the House, start the reconciliation process, where you only need 51 votes and it would be a much simpler bill.”

Kinzel added that Dean essentially said that if Democratic leaders cave into Joe Lieberman right now they’ll be left with a bill that’s not worth supporting.

Dean had previously endorsed the Medicare buy-in compromise without a public option, saying that the key question should be whether the bill contains enough “real reform” to be worthy of progressives’ support. Dean has apparently concluded that the “real reform” has been removed at Lieberman’s behest — which won’t make it easier for liberals to swallow the emerging compromise.