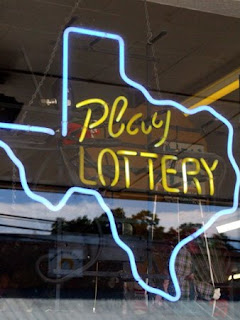 This is pretty reprehensible.

What about the folks that lost their winnings? Aren't the clerks acting as agents for the Lottery??

AUSTIN — If you play the lottery, you might not think it's a gamble to ask a store clerk to check your ticket.

The case of Willis Willis of Grand Prairie, who prosecutors say lost a million-dollar jackpot to a now-indicted and fugitive store clerk, might be the biggest prize hijack in Texas. But it's not the only one.

Since Jan. 1, 2008, the Lottery Commission has referred at least five other cases to prosecutors after players complained they weren't paid their rightful winnings: two in Pflugerville near Austin, two in Harris County and one in Brookshire in Waller County.