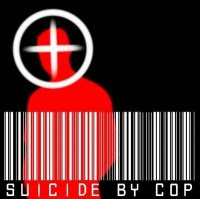 
A man fatally shot by police officers in Cibolo late Saturday after he threatened them with a firearm has been identified as Kennen Marksbury, 41, Lt. John Correu of the Schertz Police Department said Sunday.

A police officer with the Cibolo Police Department was dispatched to the Marksbury's home in the 100 block of Coral Fence Line shortly before 6:30 p.m. to respond to a suicidal call. The Cibolo police officer called another officer with Schertz police for back up, Correu said. When the police officers entered the residence, Marksbury threatened them with the gun and both fired their weapons, Correau said.

Marksbury was pronounced dead at the scene, authorities said. No further information is being released on the case, which has been handed over to the Texas Rangers, and both police officers will be placed on administrative leave during the course of the investigation, Correu said.