Put it to rest 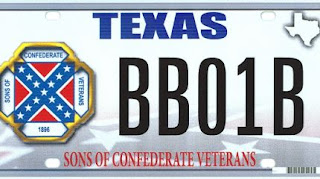 For me the issue is tantamount to putting a Nazi flag or swastika on Texas license plates.

If nothing else it is unnecessarily provocative.

Sorry that's my opinion.  You are welcome to yours.

Gov. Rick Perry, fundraising in Florida amid presidential campaign distractions, sought to put one to rest Wednesday by saying he’s against proposed Texas license plates bearing the image of the Confederate battle flag.

“That’s just a part of history that you don’t need to scrape that wound again,” Perry told Bay News 9 and the St. Petersburg Times.