Peek-a-boo, I see you 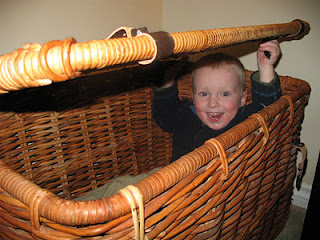 You once were lost but now you're found.

A weeklong search for a fugitive wanted in a fatal Hondo shooting took federal and area agencies across Bexar, Medina and Uvalde counties.

But the hunt ended Saturday afternoon in a laundry hamper at what was believed to be his girlfriend's home on the Northeast Side, authorities said.

The Hondo Police Department and the Lone Star Fugitive Task Force nabbed Michael Anthony Rivas, 31, around 12:30 p.m. without incident at the home near Interstate 35 and Rittiman Road. He was transferred to Medina County Jail.