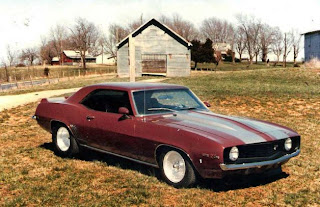 The true owner got his car back 16 years after it was stolen but the guy who purchased it four years ago put $10,000 in upgrades in it and wants the upgrades back.

SALT LAKE CITY (AP) — A Missouri man and his beloved classic car have been reunited 16 years after the vehicle was stolen.

Edward Neeley, of Jefferson City, Mo., picked up his red 1969 Chevy Camaro in Salt Lake City on Tuesday after tracking it down in Utah last month.