Hey!! Move over and quit shoving! 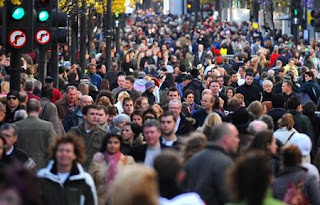 I thought it was starting to get a wee bit crowded around here.

Room for one more?  World population to reach 7 BILLION in next several days
Daily Mail -

The world's population looks set to smash through the seven billion barrier in the next few days, according to the United Nations.

It comes just 12 years since the total reached six billion - with official estimates saying the figure will top eight billion in 2025 and 10 billion before the end of the century.

And it is most likely the baby will be born in the Asia-Pacific region - where the population growth rate is higher than anywhere else in the world.