He's got a lawyer 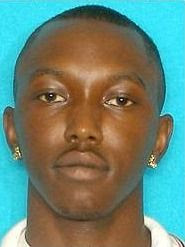 A young man suspected of killing a taxi driver on the Northeast Side told a pack of reporters he was innocent as he was escorted out of the San Antonio Police Department's headquarters Friday.

Authorities said Hunt, 18, was arrested about 3 p.m. after a Crime Stoppers tip on Friday led officers to the Springhill Apartments in the 4800 block of Ray Bon Drive, where he had been staying.