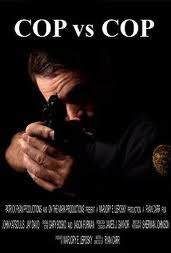 When  police officers live together I guess fights can become intense.

Thankfully no one was injured.

The officers, Julie Cortez, 34, and her boyfriend, 40, were arguing on the driveway of their home in the 1100 block of Armor Arch in West Bexar County, according to Sgt. Roger Pedraza with the Bexar County Sheriff's Office.

“I believe it was over a text message,” Pedraza said. “And it appeared that they broke each others' windows of their personal vehicles.”