No, this car is cherry, only driven to church on Sundays by a little old lady from Pasedena, trust me! 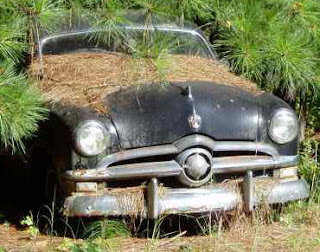 First one to sing wins.

Of course the folks who purchased salvaged cars without knowledge are hosed.

Mastermind in car-title scam gets probation
The defendant had cooperated with law officers.
By Guillermo Contreras - Express-News


A main suspect in a large car-title scam was sentenced Tuesday to five years of probation.

Babauk “Bobby” Omeed Harizavi, 27, of San Antonio had faced prison time for his guilty plea to mail fraud, but got a pass after he cooperated to reel in more suspects, including one convicted at a trial in September.

By late last year, the feds obtained two indictments netting 19 suspects in Texas, Arizona and New Jersey — some of whom were recorded by Harizavi making incriminating statements over the phone as FBI and Texas investigators listened.