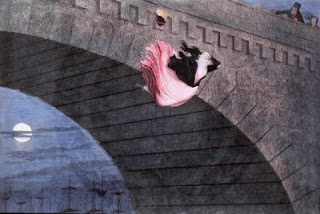 Jumping off a 70 ft bridge to escape a hit and run charge?  Why didn't she just wait for the Police to show up at the accident scene.


A hit-and-run crash led to bridge-jumping drama on the City Avenue Bridge in Philadelphia, according to police and witnesses at the scene.

Paramedics were called to the area late Thursday morning after witnesses said a woman driving a Mercury Mountaineer hit an Acura at Presidential Boulevard and then took off.

Hit-and-run victim Steve Iacona told NBCPhiladelphia he followed her, then physically tried to block her with his banged-up car.