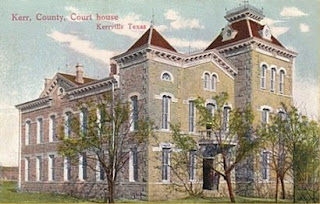 Not sure why the DA elected to stick a bigamy charge into all this but whatever.

Good luck appealing the motion to quash the indictment on the vagueness issue.  Besides, if you are charging her with sexual assault of the minor boy, how does alleging they were married, improperly or not, going to help you with the sexual assault charge?

A sexual assault trial scheduled for this week in Kerrville was canceled after the judge derailed prosecutors' bid to enhance the defendant's possible punishment because, they said, the alleged sex also constituted bigamy.

Priscilla Hernandez, 20, of Menard was charged with murder there over the December stabbing death of her husband, Jimmy Hernandez, and separately with sexual assault of a child, a second degree felony, for an alleged relationship with a teenage boy.

Attorney Steve Pickell, who represented her in the sexual assault case, said prosecutors last week obtained a new first-degree felony indictment in that case based on the defendant's married status during the relationship that he described as consensual.