A sad state of affairs 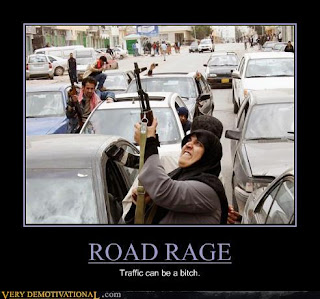 I'm sorry and my condolences to his family.

Whatever and however it happened it appears to have been stupid.

Officials with the Bexar County medical examiner's office have identified a man who reportedly shot himself during a road rage incident.

Michael Milner, 47, fatally shot himself in the head Friday afternoon after witnesses saw him arguing with a 24-year-old man on the North Side, police said.

Witnesses told police the pair was first seen about 2:00 p.m. at a Citgo gas station in the 11800 block of Starcrest Drive. Both then drove to the corner of Jones Maltsberger Drive and Burning Trail. Police did not describe their progress there as a chase, but officials said the argument was a road rage incident.