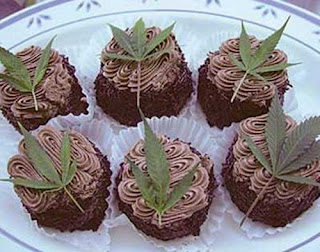 "I am very sad he passed away", she said, "But I sure am hungry right now and those brownies sure tasted good."

Two 71-year-old women and an 82-year-old man were taken to a hospital emergency room Saturday following a friend's memorial service, where a tray of pot brownies was offered. They complained of nausea, dizziness and an inability to stand without assistance.

The three, residents of Huntington Beach and Newport Beach, didn't know the marijuana-laced sweets were being offered in memory of their friend, who ate marijuana brownies. Police say the baked goods were put out without any announcement about what was in them.