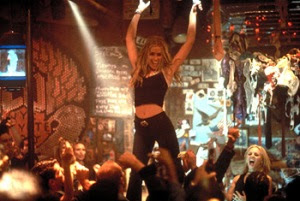 Maybe she didn't know how young the girls were?

A woman is accused of allowing a 16-year-old girl to dance atop a counter in revealing clothing at her West Side Mexican restaurant, according to an arrest warrant affidavit.

Myriam Luna, 36, was charged Wednesday with employment harmful to children. She was about to be released Thursday night from Bexar County Jail on $16,000 bail.