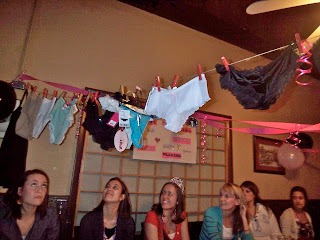 Either a stupid fraternity prank or the MO of a sicko.

But you can't take a chance its only a prank.

LAS CRUCES, N.M. (AP) — Campus police at New Mexico State University are investigating claims that a man came into a woman's yard and stole panties from her clothesline.

The Las Cruces Sun-News reports that police responded to the woman's home Monday.

She told officers she had hung several pairs of colored underwear, two bras and some of her son's shirts on the clothesline Saturday evening. She found her gate open Sunday morning and nine pairs of panties worth about $60 were gone.