The First Amendment takes another hit 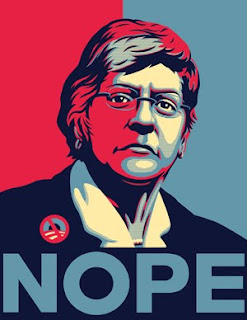 On September 22, 2011, H.R. 3011 was introduced in the House. It is entitled the “Transportation Security Administration Authorization Act of 2011” and it contains some curious language.

Two thirds of the way through the ponderous bill, in Sec. 295, we find the following:


In other words, if you print a t-shirt or produce a publication with a TSA logo, the government may soon be able to arrest and prosecute you.

The language states that it would be illegal to “convey the impression” that you are representing the TSA, but this interpretation would likely be left to federal prosecutors.

In the past, satire was protected under the First Amendment, but it may soon be illegal to poke fun at the TSA or use its logo or even utter its name. Notice there is no exception in the above language for parody.