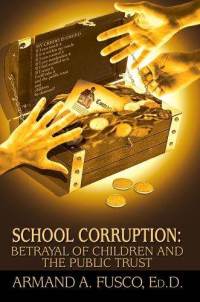 This one is in the South San Antonio ISD.

The athletic department is overseen by Gary Durbon, whose father, Ron Durbon, was superintendent and is now fighting to reverse his firing.

The younger Durbon is embroiled in a legal battle with two school board members over accusations that pornography was found on his district computer, a claim Gary Durbon denies. Ron Durbon's handling of the controversy was cited as one reason he was fired this summer.