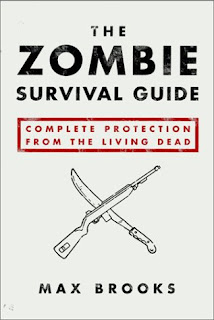 Chewing on the victim's face?

Is this the start of the Zombie Attacks?

One man was shot to death by Miami police, and another man is fighting for his life after he was attacked and his face allegedly half eaten, by a naked man on the MacArthur Causeway off ramp, police said.

The bloodshed began about 2 p.m. when a series of gunshots were heard on the ramp, which is along NE 13th Street, just south of The Miami Herald building. Witnesses said a woman saw the two men fighting and flagged down a police officer who was in the area.

The officer, who has not been identified, approached and saw that the naked man was actually chewing the other man’s head, according to witnesses. The officer ordered the naked man to back away, and when he continued the assault, the officer shot him. The attacker continued to eat the man, despite being shot, forcing the officer to continue firing. Witnesses said they heard at least a half dozen shots.