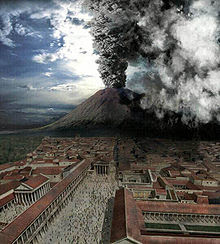 I believe people tend to forget that Italy can have big earthquakes and they have volcanoes too!

MILAN (AP) — A magnitude 5.8 earthquake hit northern Italy on Tuesday, killing at least 10 people in the same region still struggling to recover from another fatal tremor on May 20.

Premier Mario Monti pledged in a hastily called news conference that the government will do "all that it must and all that is possible in the briefest period to guarantee the resumption of normal life in this area that is so special, so important and so productive for Italy."

The quake, which struck just after 9:00 a.m. local time (0700 GMT), was centered 40 kilometers (25 miles) northwest of the city of Bologna, according to the U.S. Geological Survey. It was just miles from where a 6.0 temblor killed seven people earlier this month. The quake was felt from Piedmont in northwestern Italy to Venice in the northeast, and as far north as Austria.